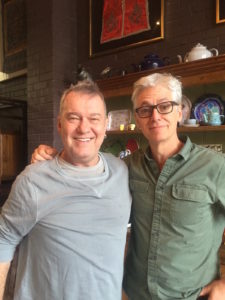 Nick has remained in constant demand as a multi-disciplined journalist and broadcaster. He’s highly sought after for voice over, TV and radio presenting, MC, music curation, writing and digital media. He is a self-starter, team player, leader and mentor.The warmth and integrity in his approach to the entertainment industry has gained a deep respect from his peers. His passion to get to the heart of a story inspires trust and provides an atmosphere for honest and entertaining insights into celebrities, experts and everyday people. 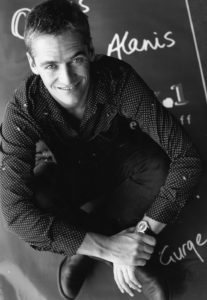 Nick’s rich voice is smooth; the sound is authentic, warm, edifying and engaging. His range extends from boyfriend to man on the street, narrative to high-energy; a read that is intuitive and on message. He’s created a niche in the live event arena, voicing multiple ARIA, AACTA and CMAA Awards, Great Australian Spelling Bee, Schools Spectacular, Helpmann Awards, Australia’s Next Top Model, Australia Day Concert, Cricket Australia and Moto GP.

Nick’s experience as a multi-media journalist and broadcaster is legendary. He was the only Australian TV presenter invited to London to interview George Michael for E! News. His disarming style has delivered hundreds of interviews that include Bon Jovi, Ms. Lauryn Hill, U2 Manager Paul McGuiness, Debbie Harry, Stevie Nicks and John Mayer. Integrity and humour are paramount to his story-telling. 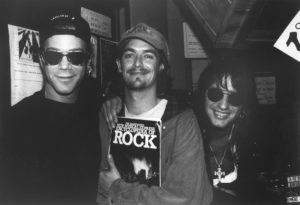 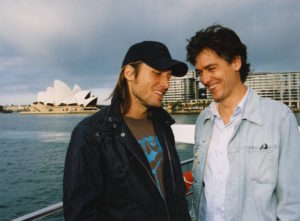 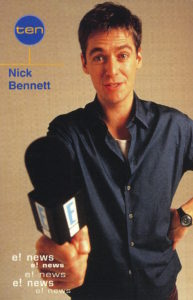 Nick holds a Certificate IV in Training and Assessment (TAE40110) and industry longevity makes him an engaging media teacher and trainer in corporate and tertiary arenas.